What can I do if I am accused of discrimination by an LGBTQ employee? 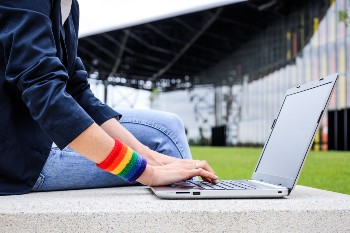 You might not have even known that your employee was gay or transgender, but now you are being accused of discrimination based on sexual orientation. This is a serious charge, and one you should not ignore and hope goes away. Instead, talk to an employment attorney with experience defending these kinds of charges.

New Jersey Has Some of the Toughest LGBTQ Protections in the U.S.

Federal law bars workplace discrimination against protected classes of people. That means it is illegal for employers to make decisions and take actions based on an employee’s color, race, national origin, religion, sex, disability, age, or pregnancy status. Under federal law, sex refers to gender and, potentially, to sexual orientation, but the law is not clear.

New Jersey law, however, expressly protects LGBTQ people from discrimination in the workplace. In fact, the New Jersey Law Against Discrimination (LAD) protects workers against perceived sexual orientation, making it one of the toughest laws in the country. Unfortunately, it can also lead to false accusations and cases of “He said, she said.”

An employee might accuse you of discrimination after you have taken adverse action against them, but unless they can prove that you took that action because of their protected class status—in this case, being lesbian, gay, bi-sexual, or transgender—they do not have a case. Because New Jersey LGBTQ protections are so strong, the employee could be heterosexual and still accuse you of discrimination if they can prove that you believed they were LGBTQ.

As soon as an accusation arises, it is vital that you contact us to discuss your options. These are serious charges and require a serious defense. If you terminated or demoted an employee or did not hire, promote, or recruit someone who turns out to be LGBTQ, you could be opening up yourself to legal action. However, you are within your rights to take these actions if they are truly warranted, despite the accuser’s class or status.

We Help Companies Defend Against These Kinds of Accusations

The key to successfully defending a discrimination charge of any kind is being able to back up your employment decisions with hard evidence. If you fired someone, do you have documentation of poor performance or wrongdoing? If you did not hire someone, can you prove that the person you did hire was significantly more qualified? As your defense attorney, I will help you gather this evidence and build a strong case against the discrimination charge. This kind of legal action can be extremely damaging to a company’s reputation, and it is vital that it is handled swiftly and skillfully.

We Can Help Employers BEFORE They Are Accused

Through management sensitivity training around LGBTQ issues, clear employee handbooks, and strong contracts, many potential employee lawsuits can be avoided. We offer consultations in these areas to help you prevent a problem before it occurs. Whether you are in the middle of a legal situation or are hoping to prevent one, it’s the right time to call Steinberg Law, LLC. Contact us today.