If you witnessed your employer defrauding the federal government in 2020 or 2021, you are not alone. After quickly enacted legislation to help businesses and workers weather the coronavirus storm, the government discovered many incidents of fraud. If you reported your employer or assisted federal investigators in their prosecution, you might be able to file a lawsuit to get a portion of the money recovered in the prosecution. This is known as a qui tam lawsuit.

Examples of Defrauding the Government 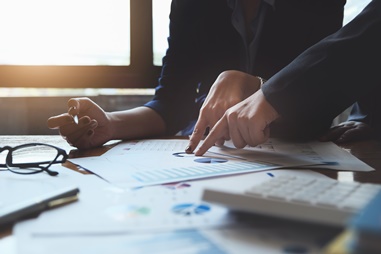 As an upstanding employee, you couldn’t sit idly by as your employer committed fraud. Whether you called the authorities directly or cooperated in an investigation into the illegal activities, you did the right thing. There are dozens of ways a business can defraud the government, but some of the more common recent frauds include:

You might have been asked to participate in the fraud or cover-up, or you might have just been a witness to the illegal activity. Either way, if you help hold your employer accountable, you might be able to claim a share of the reward.

What Is a Qui Tam Lawsuit?

The term qui tam is a shortened version of an ancient law written in Latin that allowed private citizens to sue for economic damages when harm had been brought against the king. In the U.S., the modern equivalent of this law exists under the False Claims Act and allows whistleblowers whose assistance leads to the recovery of lost funds to sue for a share of the recovery. Depending on a number of factors, the whistleblower could be awarded anywhere between 15 and 30 percent of the money recovered. In large fraud cases, this could be a significant amount of money. Whistleblowers are also protected from retaliation by the employer under the False Claims Act, meaning they cannot be demoted or fired for reporting fraud or safety violations to authorities.

How a New Jersey Employment Lawyer Can Help

The False Claims Act does not automatically issue rewards to whistleblowers. Instead, you will have to file a qui tam motion within a certain amount of time. If you reported your employer for federal fraud or helped federal prosecutors in an investigation, you could be eligible to take this action. Contact our Somerville office to learn more about how we can help. We stand up for New Jersey workers.