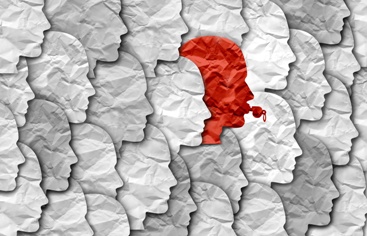 When you realized your employer was breaking the law, you decided you had to do something about it. You reported the activity, and now you find that you are paying the price for speaking out. However, as a whistleblower in New Jersey, you have legal protections to prevent employer retaliation. In fact, New Jersey has some of the strongest protections for whistleblowers in the country, but you will need an employment lawyer to help you assert your right to stop employer retaliation and undo the harm that has been done.

Known as the “Whistleblower Act,” New Jersey’s Conscientious Employee Reporting Act (CEPA) is the reason employee protections are so strong in New Jersey.

Employers are prohibited from taking adverse action against a worker who does any of the following:

The whistleblower does not have to prove that the employer broke the law, but they do have to show that it was reasonable for them to believe that a law was being broken or that patients were put at risk. Examples of the types of employer actions that can lead to reporting by an employee include falsifying financial records, engaging in shareholder fraud, making faulty products, violating anti-discrimination or wage & hour laws, breaking health and safety regulations, or tax fraud. An experienced employment lawyer can help a worker who has suffered adverse action after reporting an employer.

The ultimate goal of CEPA is not to pressure employees to police their employers. Instead, it was enacted to protect workers from employer retaliation when they report what they believe to be illegal activity.

Types of hostile actions that whistleblowers may experience include the following:

Cut in pay or loss of benefits

If the employee believes that an adverse action was taken against them because they reported illegal activity, they might have a whistleblower retaliation claim.

You do not have to stand for mistreatment or abuse from a supervisor, manager, or executive at your company because you spoke up. Working with employee rights attorney Frank Steinberg, you can build a case for whistleblower retaliation that does the following:

A successful whistleblower retaliation claim can result in damages being awarded to you that include lost wages, the value of lost benefits, and—in cases of egregious behavior by the employer—punitive damages. You might also argue for reinstatement of employment, reassignment, or an earned promotion or bonus.

How a New Jersey Employment Lawyer Can Help

Your commitment to upholding the law and protecting the public should be rewarded, not punished. If you were fired or bullied for standing up and doing the right thing, you can take action against your employer with the help of our experienced whistleblower retaliation legal team. Under CEPA, you only have one year from the date of the adverse employment action to file a whistleblower retaliation claim. Contact our Somerville office to learn more about how we can help. We stand up for New Jersey workers.