9 Tips for Negotiating an Employment Severance Package in New Jersey

It is a fact of corporate life that virtually all executives and employees are susceptible to an unexpected termination of employment.  One day you’re a rising star, the next you’re being shown the door.  You may still be doing a great job, but suddenly something outside of your control changes.  It’s a scenario we see over and over again in our employment law practice.  It may be as simple as a downsizing.  Maybe you have a new supervisor who wants to put her own people in place.  That means someone has to go, and it could be you.  Perhaps there’s a cost-cutting rationale that underlies a corporate desire to unload big compensation packages no matter how well the employee is doing her job.  Or, and let’s be honest here, maybe you are not performing up to same standards as you were a while ago.

The fact is that there are lots of reasons for terminations, and no one is immune unless they own the company.

If you are fired, the chances are good that you will be offered a severance package. As long as you are not being terminated for Cause (some kind of affirmative or intentional misconduct), you may be able to negotiate a better deal than your employer initially offers.  This article and another that will follow it will teach you the basics of the employment separation process, plus some of the do’s and don’ts of how to negotiate that better deal.

Two words of caution, though, before we begin.

(1) New Jersey is loaded with the headquarters of Fortune 500 companies, many of which are in the Fortune 50.  These companies have been through thousands of severance agreements.  They have sophisticated in-house HR and legal staffs, and outside attorneys who are employment law specialists for more challenging situations.  To a near certainty you are both out of your element and completely outgunned by people who negotiate these agreements for a living.  If you are being treated unfairly, get someone on your side who has fought in the arena with these companies before.  Hiring an experienced employment lawyer is an investment that you will not regret making.

(2) Severance negotiations usually move fast.  If you want help, get it onboard as early in the process as possible.

With that background, let’s talk substance. 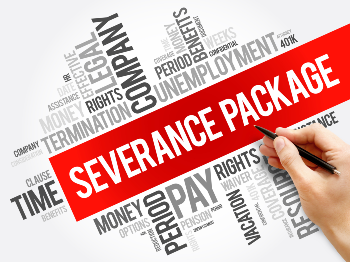 Most workers in New Jersey, including corporate executives, do not have employment contracts and therefore are employed “at will.”  This means that your company can fire you at any time, for any reason, or even for no reason, as long as they do not violate the law in doing so.  The law most frequently implicated in severance negotiations is the New Jersey Law Against Discrimination [LAD].  Federal anti-discrimination laws are less frequently of concern in New Jersey since the LAD largely covers the same subjects and generally has stronger benefits for employees.  In very broad outline, the LAD prohibits adverse employment action or retaliation against executives and lower level employees alike on grounds like race, sex, age, disability, and many others.

A severance agreement (sometimes called a separation agreement) is a binding contract for setting the terms of the employee’s departure from the company and settling any potential disputes related to the employment.  Although the company may present an agreement as being non-negotiable, it is often possible to negotiate more severance pay or other benefits, or fewer restrictions on future employment.  From the company’s perspective the single most critical part of the document is the general release of liability, sometimes called a waiver.  Whatever you call it, it is your binding promise to the company that, by signing the severance agreement, you will never sue them for anything that happened while you were employed.  In short, they want to be done with you forever, and that’s what they are paying for.

Tip #1: Don’t try to negotiate the deal yourself.

Do not try to negotiate on your own behalf unless you’re prepared to accept a flat “no” or mere token concessions.  You will be dealing with professionals who work for the company, with a contract that is designed to protect the company.  The wise old saying is that “a lawyer who represents himself has a fool for a client.”  If that’s true for lawyers (it is), think of how much weaker your position will be than a self-representing lawyer.  And don’t try to fudge things by taking a shot at negotiating by yourself, with the idea that as a fallback you can hire a lawyer to bail you out if you don’t get a better deal.  That almost never works.  The game is usually over with the first “no” from the company.

Federal law requires that employers give terminated employees who are age 40 and over 21 days to review and sign a severance agreement.  As a practical matter employers often extend that 21 day period to all employees, including those younger employees under age 40.  After signing there is usually a 7 day revocation period during which the employee can revoke his agreement and take a disagreement with the company to court.  It’s enough time to deal with the problem, but don’t tie your attorney’s hands by waiting until only a few days remain in the review period.  The earlier the better should be your motto.

Tip #3: You might be able to get more severance pay.

If you believe that you were discriminated against or treated illegally in some other way, there is a possibility that more severance pay can be negotiated.  Bonuses may be in play. For the more highly placed executives who have stock options or restricted stock at risk, accelerated vesting or other benefits may be available.  Here especially the help of employment counsel is important.

Tip #4: Be sure to get everything you’re entitled to.

Some employers pay out accrued but un used PTO/vacation time on termination of employment, some don’t.  It’s important to check your particular employer’s policy as a starting place to know whether you’re entitled to this money or not.

Tip #5: Make it easier to keep your health insurance in place with a COBRA allowance.

Employers often will give a terminated 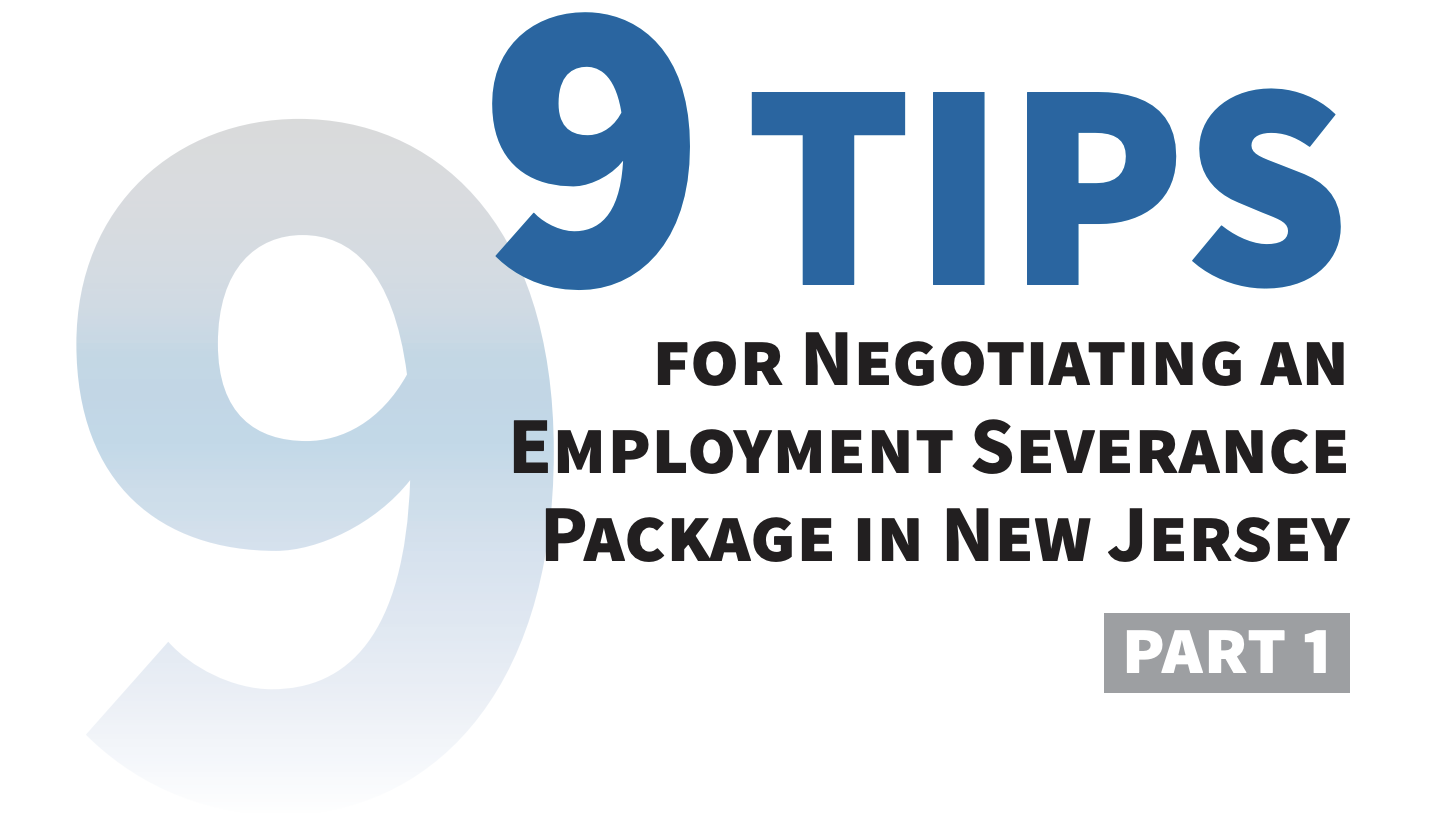 employee help with COBRA payments for a period of time after termination.  Health insurance premiums are expensive, so this is worth​ checking out.  Even a few months’ help can be worth thousands of dollars.

At Steinberg Law, LLC, our employment lawyer team stands up for employees who have been sexually harassed at work and helps them recover economic and non-economic damages for the losses they have suffered. Contact our office to schedule a consultation. If we believe we can add value to your case against your employer, we will tell you how.