I want to quit my job, but I signed a non-compete agreement. What does that mean for me? 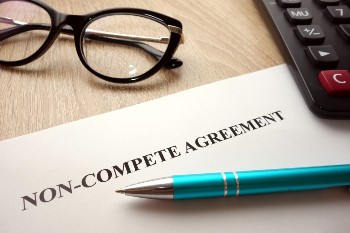 Some companies require their employees to sign non-compete agreements, either as part of their employment contract when they are hired or their separation agreement when they leave the company. What that means for you depends on the language of the agreement you signed but, under New Jersey law, the agreement has to be fair and reasonable.

Why Are Non-Compete Agreements Used?

Once upon a time, non-compete agreements were only used for highly skilled professionals in very technical, proprietary fields. They have become more common over the years, however, and even low-wage workers may be asked to sign them.

The point of the agreement from the employer’s perspective is to prevent someone they have trained and shared trade secrets with from passing the expertise on to a competitor or going into business for themselves with the knowledge they have gained. Most non-compete agreements state that you are prohibited from working for a competitor or starting a company that offers the same services or sells the same products within a certain geographic area for a specific amount of time.

There has been a recent push by some states and even the federal government to ban the use of non-compete agreements. Some legislators are concerned that they go too far. When a low-wage fast-food employee is prohibited from working for another fast-food chain, for example, they may not be able to find any work at all.

In the meantime, you do still have rights as an employee when it comes to non-compete agreements. In New Jersey, a non-compete agreement can no go further than necessary to protect the employer’s legitimate business interests. What that means exactly might be up to a judge.

If you think the agreement you signed is too restrictive, you need legal help. As an employment law firm, we can review your non-compete agreement and help you negotiate a fair deal with your former employer or challenge it in court.

Non-compete agreements are legal, and they are binding contracts—but only if they are reasonable. If you think the agreement you are being asked to sign—or have already signed—means you won’t be able to earn a comparable living after you leave the company, it is probably unreasonable. Contact us to review your agreement and explain your options.