Things Change But Basics Don’t: One Important Tip for Job Hunting in 2021

When I was a law student, I realized that I needed “real world” experience in a law firm and decided to look for a job.  Young and naïve in the ways of the legal world, I went out to knock on doors and inquire whether a firm might hire me as a law clerk.  I had some sales experience, so cold calling was a way of life for me. It happened that the first door I knocked on was a branch office of a large (for those days) law firm from Newark.  I told the receptionist why I was there.  No, I didn't have an appointment.  She looked at me doubtfully, said that most job applicants had an appointment, but went off to ask if someone would speak with me.

A few minutes later, I was shown into the office of Mr. William McElroy.  Why he decided to speak with me is still a mystery.  Perhaps he was intrigued by someone who was either audacious or naïve enough to choose my peculiar approach to job hunting.  Most attorneys in his position would have sent the receptionist back with the message that I should submit a written application and that would have been the end of it.  Bill McElroy decided to invest a few minutes in a complete unknown.  I must have made a favorable impression because, after a short talk, he told me that law firms should do more to help students learn about the actual practice of law. However, all hiring was done through his firm's main office.  He picked up the phone and called his hiring partner.  “No” was the answer: no current openings for law clerks.

Undeterred, Mr. McElroy had another idea.  (Remember, I had walked into his office uninvited, and he had known me for perhaps 15 minutes.)  He made another call, this time to his friend Ralph, the first named partner in a well regarded firm down the street.  Ralph's firm had no openings either, but he suggested that we try Jack across town.

This time Mr. McElroy hit paydirt.  Jack said "send him over." With profuse thanks, and in a haze of disbelief at my good fortune, I drove to Jack's office and interviewed.  Half an hour later I had a job.

If you are looking for a job in 2021, let this story be a lesson to you.  Methods have changed since my experience in the 1970s, but the basics of hiring are still the same.  Hiring decisions in most businesses still get made by people after direct personal contact. Sometimes it's a lot of contact, sometimes a little.  In this age of computers, algorithms, and keywords, I suggest that you break away from the comfort and narrowness of limiting your job search to the internet.  Most resumes that are submitted through job boards or posted on commercial websites never get seen by a human, must less Human Resources.  You could be perfect for a posted position but have your resume screened out for lack of the keywords that the computer is programmed to look for.  Or perhaps the search has been poorly programmed and the computer doesn't understand what kind of applicant it should be looking for.  That happens, too. 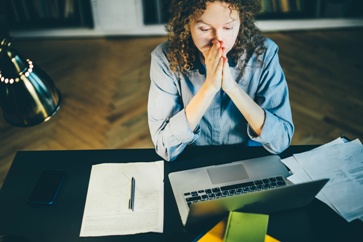 One answer to beating the computer is to network, network, and network some more.  No, not on Facebook or Linked In.  They have their place, but shut down the computer.  Break away from the herd. Go to local meetings where business people hang out.  Join Rotary, Kiwanis, or your local Chamber of Commerce.  These are tried and true places to make contacts in the business world.  Follow up regularly with the people you meet. You'll be surprised at who you meet and how quickly.

How do I know?  Bill McElroy, who opened that first door for me, became a respected New Jersey Chancery Division Judge, and later served on the Appellate Division, our state's second highest court. After that he helped found a law firm that grew rapidly and is now among the largest of homegrown New Jersey firms, with 13 offices in nine states.  Although Bill McElroy passed away 20 years ago, his firm still bears the McElroy name.

It was dumb luck that I ran across just the right man at the beginning of my job search. It could happen for you, too.  However, the odds of it happening while you're sitting at your computer waiting for an email are small.  Risk the occasional rejection – it’s not personal.  Get out there and make connections with real people!  You'll be glad you did.

by Frank Steinberg [email protected]
Committed to helping clients with employment litigation, business litigation, and aviation law throughout NJ.
Be the first to comment!
Post a Comment