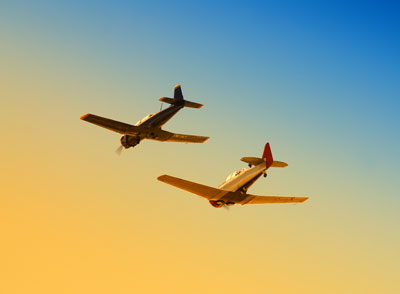 Pilots have a saying that aviators don’t “die;” they “fly west.”  It’s an expression that goes back to the Allied pilots of World War I.

On June 3, 2021, there was a sort of formation flight west of two aviators.  One you may not have heard of: Webster B. “Dan” Todd, Jr.  The other you certainly know from the headlines: F. Lee Bailey.

It was my privilege, although a daunting one, to succeed Dan Todd as Chairman of the New Jersey Aviation Association.  I first heard of Dan Todd in the late 1950’s or early 1960’s.  My father was taking flying lessons at the Somerset Hills Airport, which Dan owned and operated at the time.  Dad often came home talking about the impressive young “Danny” Todd.  As roughly a 10 year old, I couldn’t understand what the big deal was about this Todd guy.  It took another 55 years, when I finally met the man in the flesh, to understand what the big deal was. He was a very big deal indeed.  Dan was a pilot par excellence, the recipient of the FAA’s Master Pilot award, a sort of lifetime achievement award for flyers.  At various times he owned two New Jersey airports, started an air taxi service, flew the jump plane for an all-woman skydiving team, served as a search and rescue pilot in the mountain West, and incidentally, was President and COO of Frontier Airlines.  He saved failing ranches in Montana.  Along the way he made professional stops in the New Jersey Legislature, the White House as a special assistant to the President, and served as the first Chairman of the newly independent National Transportation Safety Board.  He was also the President of the  volunteer fire department in his home town of  Oldwick, New Jersey, and a fishing guide in Montana.  In short, he was a fascinating and absolutely genuine combination of big city sophistication and small town dedication to family, friends, and public service.  Kipling’s admonition --- “nor walk with kings nor lose the common touch” --- was embodied in my friend Dan.  It was a special privilege to have known and worked with him.

I only met F. Lee Bailey once, briefly, at a professional conference.  It was at a time long after he had been featured on the cover of Time Magazine as the attorney who purchased Bill Lear’s first Learjet. At that time, he was dealing with the professional problem (an adamant refusal to comply with what he considered an erroneous court order) that led to his eventual disbarment.  In spite of that, you could see  the force of his personality and intelligence.  Another event sticks out more prominently in my memory, though.  I had seen him in action years earlier, at a trial in federal court in Newark, New Jersey.  Bailey was cross-examining a witness.  Attorneys know how hard cross-examination is.  Even the most experienced can struggle not to move in fits and starts.  Never, before or since, have I seen an attorney so control a courtroom on cross as Lee Bailey did that day.  He never missed a beat, never stumbled over a syllable. And he did it without notes!  That takes a special talent. Bailey was a fighter pilot in the United States Marine Corps (while serving part-time as a JAG attorney), graduated first in his class from Boston University Law School, owned an airport in Massachusetts, and owned and ran the Enstrom Helicopter Company.   He developed the Bailey Bullet, a refurbishment and upgrade of the Piper Twin Comanche.  Although the plane was not a commercial success, the concept of the Bullet was ahead of its time.  Lee Bailey wrote “if I ever started a training school for trial lawyers, I would insist that each student also learn how to fly [because flight training] inculcates the idea that ‘I am functioning on my own and I can’t get any help; therefore if I lose my confidence I am in very bad hands --- my own.’”  (In Defense of Flying, p. 63)  He had a point that trial lawyers would do well to remember.

Dan and Lee, you are missed already and will be remembered long into the future.  Blue skies and tailwinds to both of you.

by Frank Steinberg [email protected]
Committed to helping clients with employment litigation, business litigation, and aviation law throughout NJ.
Be the first to comment!
Post a Comment